To my brothers and sisters in Christ,

I am writing this for those who are at work in the Savior’s fields. My name is Bob Burgoyne. My wife, Carrie, and I have been foreign missionaries since 1988, working predominantly in Dominica, a small island nation in the West Indies. In November of 2009, at the ages of 77, it was necessary for us to return to the States for medical reasons. In that year, as it became apparent that we would have to leave our beloved Dominica, we began to pray to the Lord for those who He would send to replace us.

In the spring of this year, through seemingly unrelated circumstances, but directed by God, He answered our prayers. He had arranged for us to meet Mike and Glenda Coupe, along with their daughter, Krista. The three of them were serving as missionaries with Restore Ministries and as teachers on Haiti, where Mike was busy building a church and school, which had been destroyed in the earthquake. God’s Word was taught and preached at every opportunity and souls were saved.

The Coupes have been dedicated to missions for many years, being used by God in many countries stretching from Belize, South America to India. Mike and Glenda finally felt the call to full-time missionary service and began praying for God’s direction as to where He would direct them for service. As they stepped out on faith, Mike sold his contracting business and vehicles to pay off debts, divesting themselves of stateside responsibilities.

I contacted Mike in Haiti and described the ministry, which had grown over the years and the void that we were leaving in Dominica. As a result, we made arrangements for the five of us to fly together to Dominica, so they could learn first hand of the ministry needs. During our stay in Dominica, Mike and Glenda met with pastors and their congregations, visited in homes, preached, taught, sang and in general immersed themselves in the ministry. To describe the week in brief, the Coupes spectacularly won the hearts of all Dominicans they met. On the final Sunday Mike was preaching an ordination service for four of our preachers and pastors. It was during this message that he felt God’s answer to their prayers. Both Mike and Glenda realized at that moment that He was calling them to full time service in Dominica.

Mike and Glenda are now in the process of deputation to raise prayer and financial support for the ministry that lies ahead of them. Please prayerfully listen to their testimonies, and as God directs you, help provide the monthly support that they need. They have no outside income and they are faithfully counting on our brothers and sisters in Christ to provide for their needs.

Allow me to close by saying that the Coupe family is one of the most dedicated families that I have met in the ministry. Their teaching and preaching reflect the message of the Bible accurately and with no error, and their family life reflects the love of God. Their faith in God’s provision is undaunted. You must know that they will be diligent to follow the will of God, and as you partner with them, your support, both prayer and financial will be honored in all that He directs.

In His love and in His fields with you,

Greetings in the name of our wonderful Lord and Saviour, Jesus Christ. I pray that things are going well for you in your ministry. I am convinced that we are living in the greatest days to serve the Lord. I am watching and waiting for His coming, but I am having the time of my life occupying until He comes.

I am writing this letter to you to consider a man and his wife in our ministry for support, Brother Mike and Mrs. Glenda Coupe. Brother Mike and Mrs. Glenda have been members of our church for about five years. While serving here, Brother Mike has been a leader in our ministry. He has served as a deacon, Sunday school teacher, and bus driver; he has also preached on several occasions throughout our ministry. I am grateful to be his pastor, and I am thankful for the impact he has had on what we are doing here in Hot Springs.

Recently God has called him and his family to the mission field. For the past several months, Brother Mike has been working in Haiti, in the area of disaster relief and rebuilding churches. Though Brother Mike is out of our church, he is there helping Brother Greg Rife and the Restore Ministries. We are thankful that Brother Mike has made it possible for our church to have a small part in helping pastors in that country begin to have services again. They have seen dozens of people saved; and for this, we praise the Lord.

In recent days God has opened a miraculous door for Brother Mike to go to the country of Dominica to help plant churches. It is very obvious that God has opened this door, and I am thrilled to recommend this good man for your prayer and financial support. I know that your church would be challenged by having Brother Mike come and share his testimony and burden for Dominica.

If you have any questions, please feel free to contact me at 501-624-5288, ext. 13, or at eric.capaci@gospellight.org. Again thank you for your consideration. I know that the Coupe family would be a great investment of your mission dollars.

It is an honor to recommend Bro. Mike and Mrs. Glenda Coupe to you as missionaries. I have been privileged to watch God’s working in their lives for the past several years. His sincere love for the Lord and willingness to be used have been consistent and have led to his being used to help a lot of people in many ways D both spiritual and physical D over the past few years.

A few years ago, Bro. Mike and I went to India and the Philippines with the Light in the 10/40 Window. In a meeting in Manila, Philippines, he surrendered to full- time ministry and began seeking eMactly where the Lord wanted him to serve. He has made trips to India, the Philippines, Costa Rica, and Belize. The past several months Bro. Mike has worked in Haiti, helping to rebuild churches and a children’s home after the earthquake. All of these endeavors have been preparation for where God was leading.

Bro. Mike’s passion for ministry D whether soul winning, preaching, or pouring concrete D will stand him in good stead as he helps train preachers and build churches in Dominica.

I would urge you to consider supporting this family as your missionaries in the Caribbean islands. 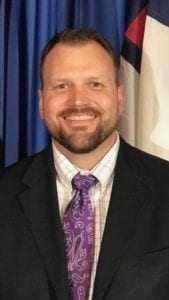 To Whom It May Concern:

It is my pleasure to recommend for your consideration missionaries Mike and Glenda Coupe. I have personally known the Coupes for almost fifteen years and have witnessed their love for the Lord and their desire to serve God faithfully. The Coupes are faithful, devoted, and hard-working servants of the Lord. They have demonstrated their ability to do missions work in the islands since 2010.

As pastor of Temple Baptist Church in New Iberia, Louisiana, I am happy to send the Coupes as missionaries from our church. I highly recommend them for consideration for financial and prayer support in your efforts to carry out the Great Commission through your local church.